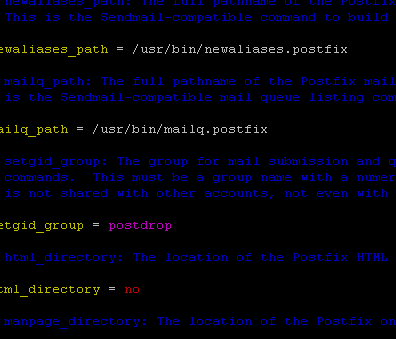 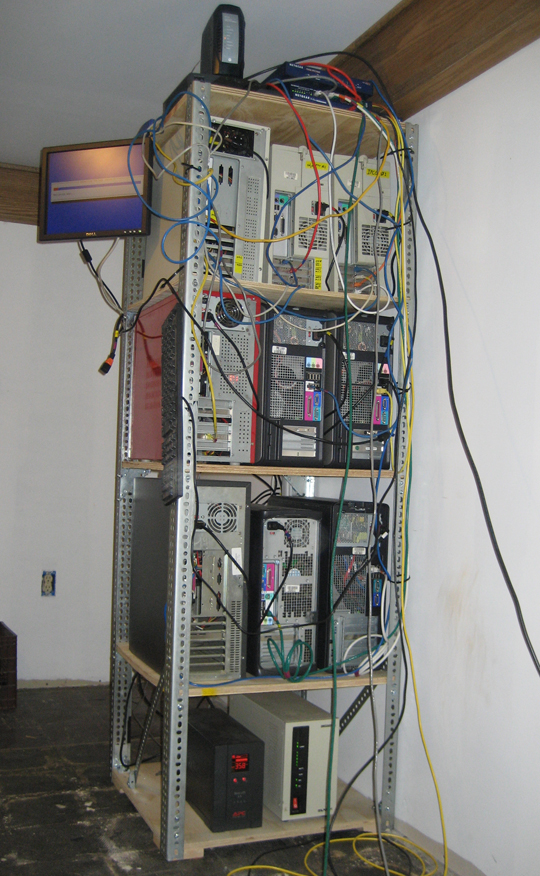 We’ve been in the house for about 3 months, and I’ve made some progress in the basement. Here are a few pictures just for posterity: The server rack (well, shelving unit) isn’t pretty, but it gets the job done.  I’m not exactly the computer version of Scrooge McDuck over here, so I stick with desktops.  The UPS on the right is a real old beater — I’ve replaced the batteries 3 times so far.  It’s a nice double-conversion full sine wave model, so I keep it around.   My workstation setup.  My primary machine needs upgrading badly:  A Dell GX280, P4 3.0Ghz, 3GB RAM.  It works for now.  All the monitors are hooked up to something or other, but I … Continue reading